Will Red Wings' Datsyuk Return to Russia After this Season? 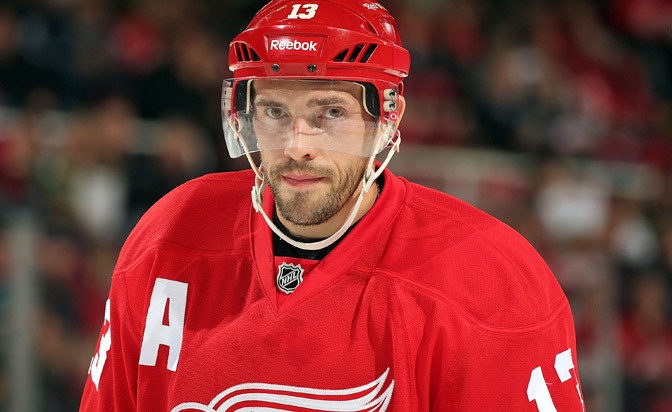 Is this Pavel Datsyuk's last hurrah as a Detroit Red Wing?

Pavel Datsyuk could leave the Detroit Red Wings and return to play in Russia following this season, according to Sportsnet’s Elliotte Friedman.

If Datsyuk does leave the NHL it would be due to family reasons. Neither Datsyuk nor the Red Wings are commenting on the situation. It is expected that Datsyuk, his management team and the Red Wings will sit down at the end of the season to discuss a final decision.

Mlive reported the Wings have no comment on the story.

"I watched it on TV, I have no comment," Holland said after the Red Wings beat the Toronto Maple Leafs 3-2 at Air Canada Centre. "I haven't talked to him. He has a year to go.

"I'm going to sit down with all our players at the end of the year one by one and talk to them all. Obviously, I'll sit down with Pav."

Dan Milstein, who has managed Datsyuk for 12 years and is also his agent, wrote in an e-mail: "Pavel has one more year left on his NHL contract. We will sit down with Ken Holland at the conclusion of the season for our annual year-end meeting.

"Pavel is very determined to play and show his best game while helping, assisting and motivating his team into the playoffs and another Stanley Cup."

Holland dismissed the report as rumors -- rumors that might have gained traction because of comments made by FoxSportsDetroit Analyst Mickey Redmond. Hfboards.com Red Wings forum moderator "Bench" mentioned Redmond's comments during the Wings' disastrous game against Pittsburgh March 26.

OK, our game today was a total stinker. But to me the most interesting thing to happen during the broadcast was that colorman Mickey Redmond went on, to some length, about the scenario of Pavel Datsyuk not playing out his contract next year.

He said that it was no secret that Datsyuk wanted to finish his career in Russia. He also went on to explain to fans that Datsyuk's cap hit would remain on the books if Datsyuk were to leave, thus making it even harder to swallow. He finished his commentary by saying that Datsyuk loves playing with Abdelkader, the piano puller, and that he was also very complimentary to Mantha. Mickey said that maybe playing with Mantha next year would be enough to entice Datsyuk to stay.

Was this just random chattering from our beloved color commentator? Perhaps. But it felt like a very strange thing to bring up in a sloppy game. I'm inclined to think that Mickey has heard rumblings about Datsyuk calling it an NHL career. Otherwise, why even bother bringing up the idea of Mantha being an incentive?

If Datsyuk were to return to Russia the Wings would be on the hook for the $7.5M cap hit next year, the final season of his contract. Datsyuk would leave $5M on the table if he retired a year early. 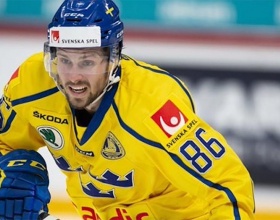 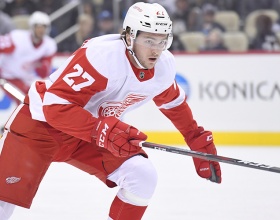 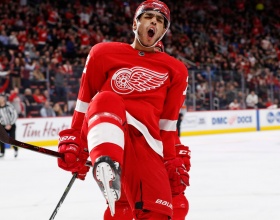 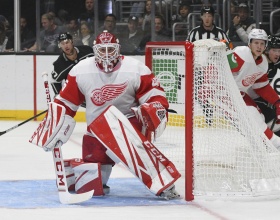