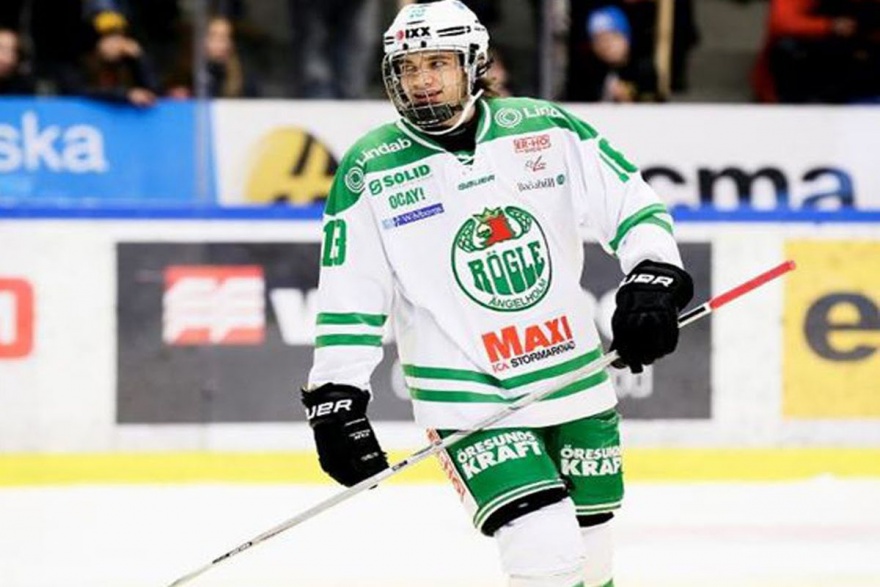 The Red Wings appear to be targeting defense, according to an article posted by Helen St. James at the Free Press.

“Defense is an area that we are targeting,” Wings director of amateur scouting Tyler Wright said in an interview with the Free Press this week. “It is deep at that position in this draft, throughout the draft.”

Here are the players who might be available at ninth overall -- assuming the Red Wings don't trade up to land Miro Heiskanen - who many believe will go as high as third overall.

Cale Makar - There's a good chance this shifty, speedy and small defenseman goes in the top five or six. But some have him falling. ISS says he's the best skater and best offensive defenseman in the draft. Yet they have him going 14th overall in their mock draft. McKeen's has Vancouver taking Makar at five overall. They rank him as the third best skater in the draft, as the fifth best shot, and as the best offensive defenseman.

Verdict: If he's there at nine, he's worth the pick. Is he worth trading up for? It'll cost you big. Perhaps Athanasiou and your nine pick - which could be a top 6 center or top 4 D in its own right. I'd pass on trading up for him.

Timothy Liljegren - At the beginning of the year he was the highest rated defenseman in the draft and considered a top three - perhaps even number one overall pick. When Red Wings fans dreamed of winning the lottery - he was the guy they talked about. But Lilljegren didn't have a very good year. He suffered with mono and he played on three different teams. His production was awful and he didn't look good in the U18s. He's slipped to 20th overall in McKeen's and is still eighth in the ISS guide. He's a little taller and a lot thicker than Makar at this point. ISS ranks him as the fifth best skater, third best offensive defenseman and the fifth best shot in the draft. McKeen's has him as the seventh best skater in the draft. But this there have been the "He's got the tools, but does he have the toolbox?" questions. Some say his decision making isn't very good. Liljegren should still be there at nine.

Verdict: He's worth the pick at nine. Sure, he could turn into a faster, right-handed version of Jakub Kindl, but there's a lot of raw talent. People question his decision making, but try playing hockey while recovering from mono.

Juuso Valimaki - Valimaki was a big-time producer for Tri-City in the WHL. He's also nearly 6'2, 205 pounds - so he's already got NHL size. He's ranked 14th overall by ISS and by McKeen's. He scored 19 goals and 42 assists last year. He's considered a smooth skater with a hard shot and a high hockey IQ. McKeen's compares him to Matt Niskanen. ISS compares his style to Ivan Provorov's.

Verdict: There's a lot to like about Valimaki, but he's generally listed as a guy with second-pairing upside. If there's no other guys you want at nine, he's worth the pick. But I think I'd pick a center like Elias Pettersson or Martin Necas or Robert Thomas.

Callan Foote: Would the Wings consider drafting the son of villain Adam Foote? Is the rivalry really dead? Foote is a 6-4, 210-pound right-handed defenseman who played with Kelowna in the WHL last year. Skating is a bit of an issue.He's got some two-way ability because he's smart and he can pass, but his upside might be as a stay-at-home defenseman. He does have some edge to his game. ISS ranks him 12th and compares him to Dougie Hamilton (which seems optimistic). McKeen's has Foote at 30th overall, but say he could be valuable with more foot speed and agility.

Nicolas Hague: At nearly 6'6, Hague is a potential beast. He's still just 206 pounds, but has a big frame to fill. Hague played in Mississauga in the OHL last year. He's ranked 18th by ISS and 27th by McKeen's, which also gave Hague credit for having one of the hardest shots in the draft. He scored 18 goals for Mississauga last year. As expected, speed is an issue with Hague. He also is error prone with the puck.

Verdict: Pass. He would be a good project for a late first, perhaps.

Verdict: Pass. Might be worth trading up to get him with a second pick.

Miro Heiskanen is considered the best defenseman in the draft, but is the difference between Heiskanen and Makar or Heiskanan and Liljegren really worth Andreas Athanasiou or Tomas Tatar? Because that's what it would like cost, at the very least, to move up and get him.

Other defenseman to take later in the draft:

Urho Vaakanainen - The 6'1 defenseman was about as good as Heiskanen at the U18s. He's smooth and smart. McKeen's has him as 5th in hockey sense, second as defensive defenseman.

Eemeli Rasanen - The Finn played in Kingston last year and produced 6 goals and 33 points. He's known for being 6'7. But Rasanen is slow.

Luke Martin - The big Michigan defenseman has size (6'4, 215) and speed. But very little offense. Could be a nice pick in round three.