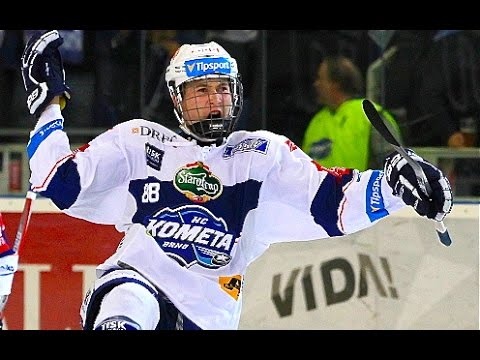 Who are the Red Wings eyeing with the ninth overall pick in the NHL Entry Draft? Perhaps it's Czech prospect Martin Necas.

This comes from The Hockey Writers' Martin Scheig:

It’s not often that a prospect admits that a team had dinner with them. That was the case for Martin Necas (ranked 5th on the European skaters list.) He told me the Detroit Red Wings had dinner with him. This of course is no guarantee he gets drafted as their first-round pick, but it’s intriguing to see this as it does express a level of interest higher than usual.

McKeen's says he's by far the most promising Czech player in the draft and that he has the smarts, skill and skating to crack the top 15.

There are conflicting reports about whether he's a center or a winger. But in this video, he's shown taking a lot of faceoffs.

Here's an interview with Necas from the scouting combine.

If the Wings scouts' view him as a center, he could be a great pick.