Red Wings Should Take a Close Look at Maxim Lazarev 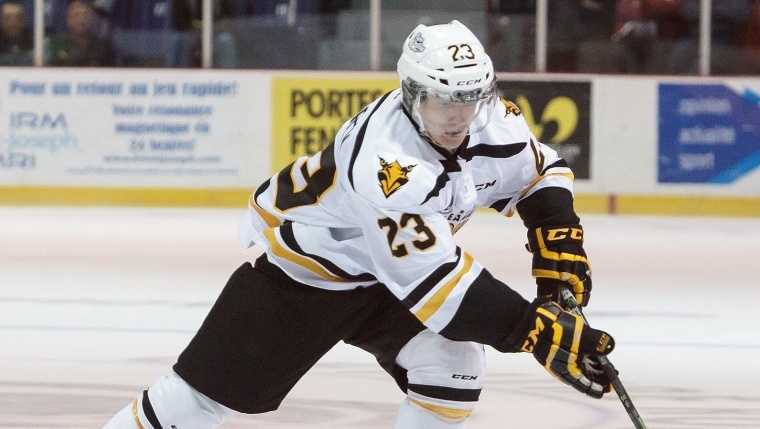 The pint-sized (5’10, 170 pounds) right-handed winger is having a good tournament (5 games 2G 3A). He’s tied for third on Russia. Below is Lazarev's shootout game-winner vs the Czech Republic.

Svechnikov is scoreless and has looked overmatched and rudderless by many accounts.

Lazarev should be no great mystery to the Red Wings’ scouts. He outproduced Svechnikov in Cape Breton last year (36-44-80 vs 32-46-78), although he did play 10 more games and he is a year older. Lazarev was also quiet in the playoffs, posting just one assist in four games. Lazarev is having another good campaign this year with 18 goals and 24 points in 30 games.

Lazarev was undrafted in 2014 – his first year of eligibility. He struggled with injuries and with the transition to North American hockey. Sometimes, when you don’t get drafted that first year, you fall off the radar. So Lazarev was undrafted last year despite his bounce-back. Being 5’10 probably has something to do with it, too.

He could be one of the best late round picks a team can make this season. Really impressed with his game. Went to Eagles

games to watch Svechnikov and often was blown away by Lazarev's overall play.

Effortlessly enters the zone, controls on the half wall, is elusive and makes crisp passes. Even has a one timer which isn't terrible. Seems like a great kid to spend a 5-7th round pick on.

It’s quite likely that Andreas Athanasiou and Anthony Mantha make the Red Wings next season. The pipeline beyond that pair is potentially pretty dry. The Red Wings would be wise to scout Lazarev over the next four months while they’re watching Svechnikov. If nothing else, he’ll provide some offensive depth in Grand Rapids. If the Red Wings are going to do something, they should act fast. Last year the Chicago Blackhawks, perhaps looking for their next Panarin, invited Lazarev to rookie camp. He scored a goal and added an assist in three games at the Matt Wuest Prospects Tournament in Traverse City.