Is Tomas Tatar Back? Outside of his PP Numbers, Tatar Looks OK 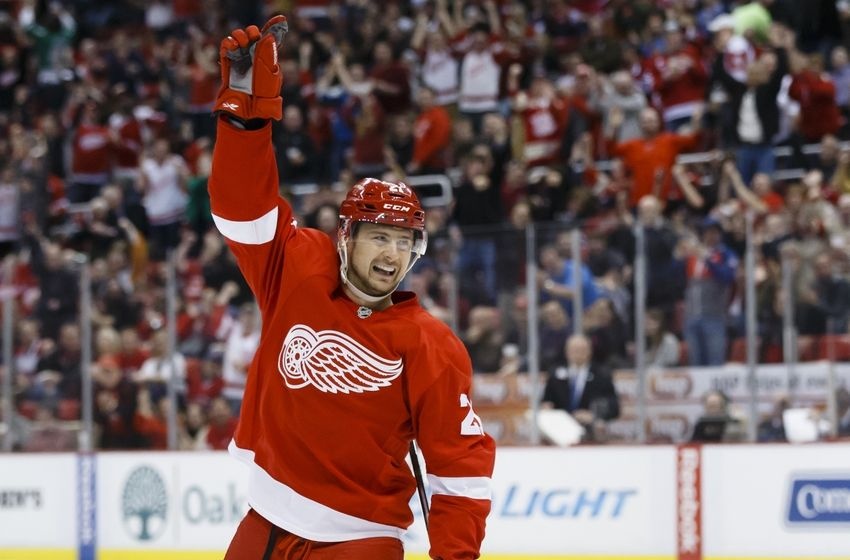 Is Tomas Tatar back?

Quietly, he’s put together a nice run. In his last 13 games he has five goals and five assists. He’s also +3.

Sure, that’s not super. It’s not even great. But it is about the clip one would expect from a guy playing Tatar’s minutes. It factors out to 31-32 goals and assists over an 82-game season, which is about where a lot of Wings fans hoped Tatar would be by now.

Alas, it’s only 13 games. Over the first 24 games Tatar managed just two goals and four assists. And altogether he’s on pace for about 18 goals and 19 assists, pretty weak numbers overall.

So can we expect to Tatar to keep it up?

There are 45 games left. If he can score 15 goals and 15 assists he finishes at 23 goals and 24 assists. Is it possible? Sure, if he stays with Zetterberg.

There are a couple reasons why this is possible. For one, Tatar is simply playing a little better and with a bit more confidence. He’s playing a little more poised with the puck. It was Tatar’s steal and pass that set up Larkin’s big goal in the third period against Toronto.

A second factor is this. He can’t possibly be less productive on the powerplay in the second half. If you look only at his even strength numbers, Tatar is actually scoring more than he did last year (though he’s down from 2014-15).  If you look at his powerplay numbers, he’s has zero goals and one assist this year. Last year, he finished with seven goals and eight assists. The year before he scored nine goals and 10 assists.

If Tatar can put up even 3 or 4 PP goals and three or four assists, that will help him make his mark.

The same can be said of Nyquist.

Is there cause for doubt? Yes. And it’s this. Tatar isn’t shooting enough.

Tatar defers to Zetterberg too much. Even now, during his hot streak, he’s shooting less than he was earlier in the year.

If you’re in a fantasy league and Tatar’s available, it might be a wise investment on the cheap.

More importantly, for Tatar and the Red Wings, Tatar's contract expires at the end of the year. He could leave Ken Holland with a really tough call to make if he gets hot and finishes with 22-25 goals.