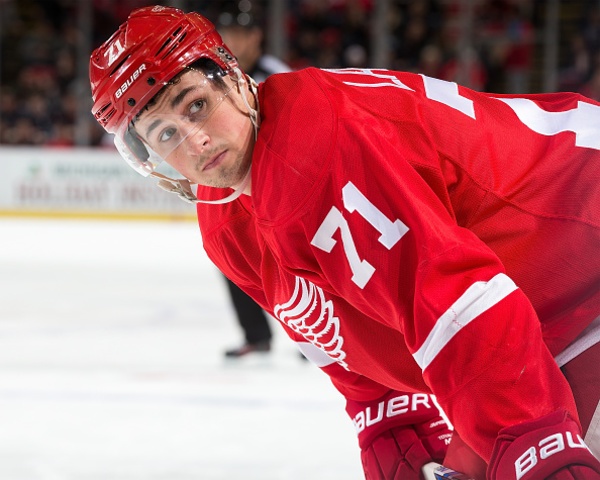 Midway through year two, it's a good time to check in on Dylan Larkin. His first season was a Jeckyll & Hyde season.
52 games in, he had 18 goals, 20 assists and he was +26. Over his final 33 games, including playoffs, scored 6 goals and 2 assists and was -17.

This year, unsurprisingly, he's somewhere between the extremes. In 40 games, he has 11 goals and four assists. He's also minus -14.

In fact, adding last year's final 33 games with his first 40 this year gives you some fairly startling numbers:

There are several factors to consider in Larkin's defense.
1) He's been glued to center lately and that's a tough position in the NHL.
2) He spent 10-15 games with Glendening. Now he's playing with two players, Nyquist and Sheahan, who haven't scored in forever.
3) The power play is awful and at some level, that's a coaching thing.

But take a good, hard look at those numbers.

Don't bother looking at advanced stats for silver linings. There aren't any. His possession numbers aren't good and his 5-on-5 production is between Drew Miller and Darren Helm.

The Red Wings have a choice.

If Larkin needs to learn to be a pro center, maybe the AHL is the best place for him to learn. If not, put him back on the Wing with a competent center.