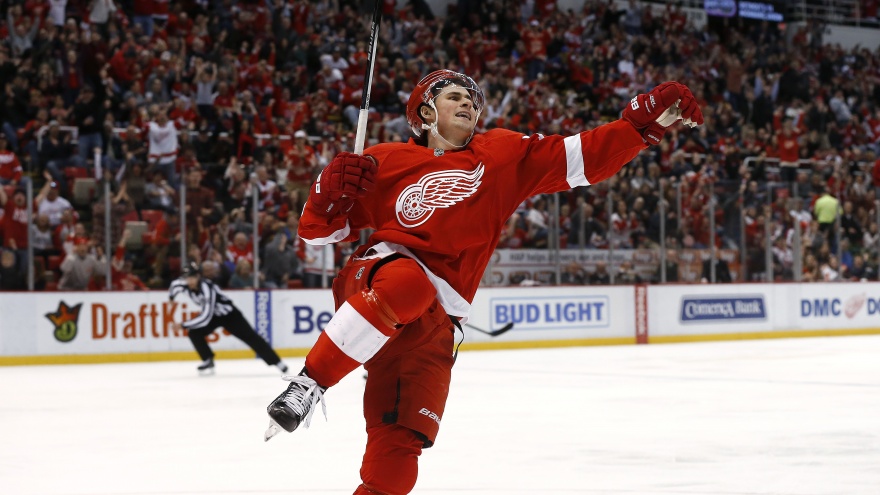 We all knew, based on last year's second half, that Larkin would probably have some difficulty in his sophomore season.

Last year, Larkin spent most of the year with Abdelkader (549 minutes) and Zetterberg (633 minutes).

This year he's bounced around a little.


His numbers aren't particularly good with anyone but Zetterberg. He'ls also produced with Sheahan (2-1-3 in 89 minutes).

But those numbers with Glendening are awful. Now, he does have a good corsi with Glendening. But his production is awful. And he's givening considerably more than his line is scoring.

Recently, Mantha has benefited from Zetterberg's tutelage. If Zetterberg and Larkin are both playing center, they obviously can't play together. But why Glendening? 1 point in 117 minutes?

The argument has probably been made that the Red Wings need Larkin to develop into a top six center. Blashill probably wants him lining up with a player with defensive chops, like Glendening. But it clearly isn't working.

Larkin has played 487 minutes at 5-on-5 with 7 goals, 4 assists and 11 points. That means with Glendening, he should have 2 goals and an assist, or so.

Given Larkin's decent play with Sheahan and and Sheahan's defensive ability, perhaps the smart pay dropping Glendening to line 4 and plugging in Jurco or Athanasiou with Larkin and Sheahan.