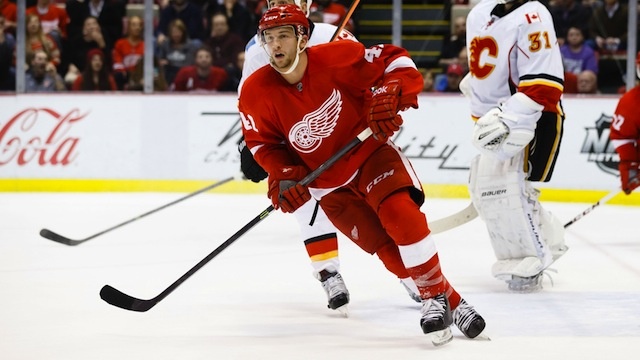 According to the Detroit Red Wings, defensive center Luke Glendening had surgery on his ankle.

"The surgery was done to repair an injury he suffered late in the season," said Red Wings executive vice president and general manager Ken Holland. "We hoped he would improve with rest and immobilization, but we decided at this point that surgery was necessary to make sure he is ready for the 2017-18 season."