The Glendening-Athanasiou Line Needs to Stop 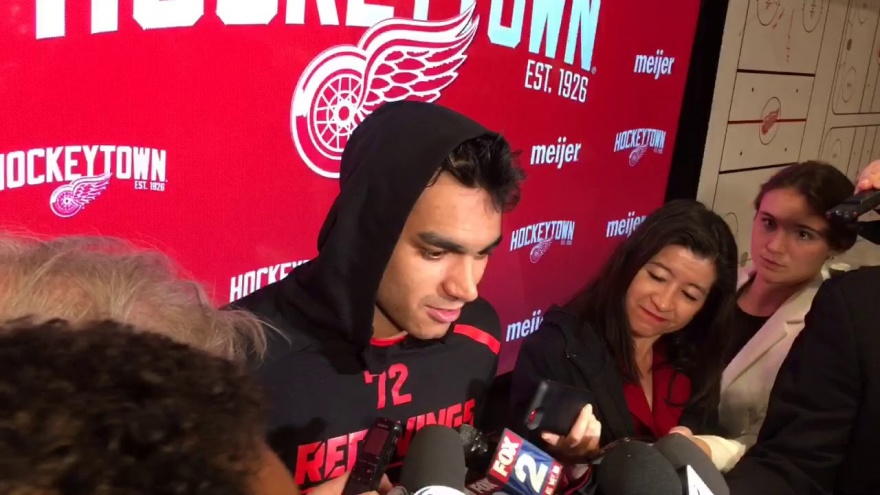 Since returning from injury Dec. 27, Detroit Red Wings winger Andreas Athanasiou has been stapled to the hip of center Luke Glendening.

Through those 23 games, he has 11 goals and eight assists. Those are solid numbers - working out to nearly a 40-goal and 70-point pace. It's led more than one Detroit Red Wing personality to compliment coach Jeff Blashill for putting Athanasiou with Detroit's hyper-competitive center.

But does it actually work?

A couple times, I've thought - hey, this does work. Glendening works hard, forces a d-zone turnover and chips it ahead for Athanasiou for a great scoring chance.

But let's actually look at the numbers.

Their GF% together is on the positive at 52.17. Athanasiou's is actually worse without Glendening (mostly because of empty-net goals). Glendening's is better without Athanasiou.

So, when it comes to Athanasiou and Glendening, it's really hard to understand what Blashill likes.

In his comment's to the press about the line, he uses it to sort of criticize Athanasiou's defensive play - like the only way he can trust Athanasiou on the ice is if Glendening is his center.

Red Wings' hockey is hard to watch. The Wings-Hawks game was an example. Detroit had one line - the Bertuzzi-Larkin-Mantha line. Mantha, for example, had a whopping 84 CF% at even strength. The Vanek-Nielsen-Nyquist line got eaten alive. The Athanasiou--Glendening-Ehn line got destroyed. The Abdelkader-Helm-Rasmussen line was dominated.

That's not hockey coaching. In Athanasiou, you have one of the game's elite even-strength goal scorers. And you saddle him with a checking line center and non-descript rookie winger with seven NHL points to his name.

And you wonder why you're a one line team?

He should be on line two with Nielsen and either Nyquist or Mantha.

Deprecated: Methods with the same name as their class will not be constructors in a future version of PHP; backup_file has a deprecated constructor in /home/tran20/public_html/redwingsnow.com/sites/all/modules/backup_migrate/includes/files.inc on line 121