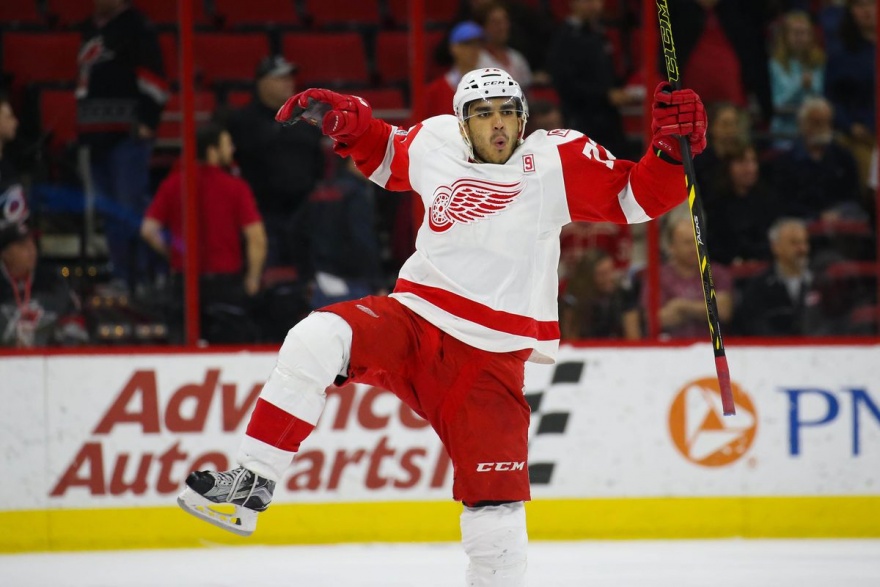 With his three-assist performance in Detroit's 3-2 win over Toronto, Andreas Athanasiou has tied his career high in points.

Athanasiou seemingly had a great game. Besides the three assists, he nearly drew an assist when his pass to Dylan Larkin deflected off Larkin's skate and  Freddie Anderson made a great save. He had a short breakaway and was stopped on a glove save by Anderson. Larkin also set him on a great play through the middle. Athanasiou also set up Larkin for a good chance in overtime, but Larkin was injured and gassed after a long shift.

Yet, his possession thats for the game were absolutely awful. Chalk that up to playing with Darren Helm and Glendening. The line had a CF% of 23.08.

Both numbers rank first on the Red Wings.