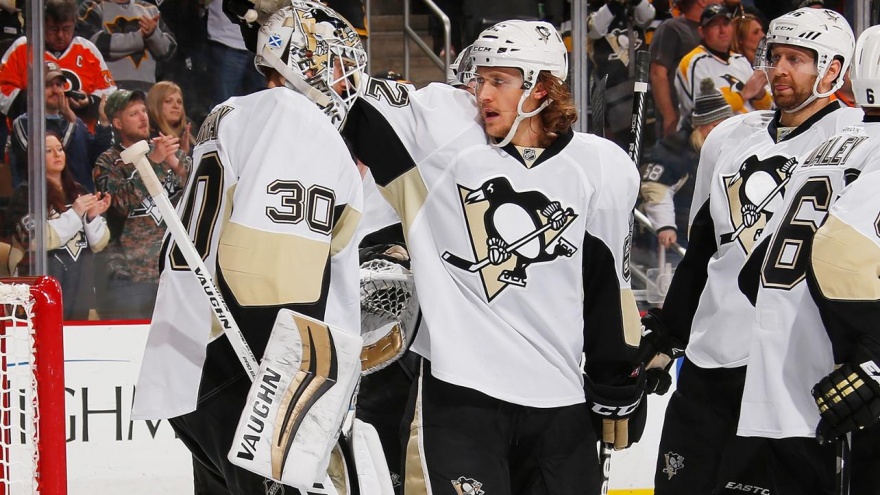 With the Red Wings resting after two much needed wins in two days, Sunday could have been a very good or very bad day for Detroit's playoff chances.

It turned out to be very good.

Boston lost 6-4 to Chicago and Philadephi lost 6-2 to Pittsburgh.

Boston's loss means the Bruins burned up their game in hand and remained in fourth place in the Atlantic, a point behind Detroit. Philadelphia's loss means the Flyers are tied with Detroit, but they've burned up one of two games in hand. Detroit owns the tiebraker (Regulation/Overtime Wins) with Philadephia.

Those losses mean the Red Wings control their own destiny. If they win out, they're in.

That seems rather obvious with Detroit having games against Philadelphia, at Boston and against the New York Rangers. As predicted on RedWingsCenter, this week's events have left Detroit ahead of Boston by one point. The question is, can the Wings hold on. They have three games against playoff-caliber teams. Boston plays one caliber team.


Here's a quick playoff outlook for each team.

Detroit can clinch a playoff spot by beating the Bruins and Flyers in regulation. On the other hand, this final week could be disastrous. Detroit comes in on a two-game streak and playing with some confidence - though their play wasn't altogether convincing against Minnesota and Toronto.

Boston finishes with three home games. And if they sweep these games, it's three home games against non-playoff teams. The problem for Boston is that they've been bad on home ice. On the Leafs and Sabres have lost more games at home. Still, they've got games against the Hurricanes and Senators. If they win those games they could get in even with a loss to Detroit. As bad as the Bruins were early against Chicago, they were quick and good late. Hard to see the Wings standing up to that attack. Tuesday's game against Carolina will set the tone. If they lose that game, the Bruins are in deep trouble.

The red-hot flyers got clipped again by the Penguins. More bad news for Flyers fans: They face Pittsburgh at home again April 9. The Flyer are still in the best position of the three remaining teams. They've got a game in hand. They've got what should be a gimme against Toronto. If they beat the Leafs they probably need to go 1-1-1 in the other three games. But that's a fairly tall order. First thing's first - they play at Detroit April 6. If they win, they should be in with a Toronto win the next day. But if they lose, suddenly, they're backs are against the wall. And, Philadelphia loses tiebreakers on Regulation/Overtime Wins.