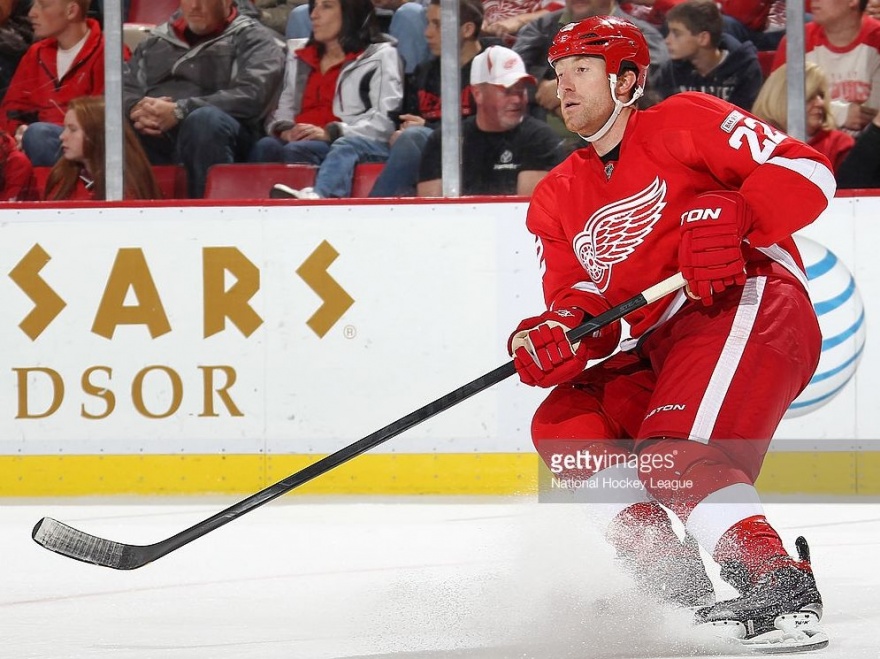 If there was any doubt about what former Red Wing Mike Commodore thought about career-killing coach Mike Babcock, it was erased on Twitter Friday night.

Commie was pleased with the first period, which saw Detroit jump to a 2-0 lead on goals by Justin Abdelkader.

Love that first period in Detroit

3-0 nothin Babs you posing arrogant piece of shit. Welcome back to the rink where everyone that met you hates you.

He continued, obviously thrilled with the results

The Wings are just killing it tonight. They looked motivated.

Hello, This account has been hacked. Please disregard all tweets.

Or maybe it was Commodore's agent. Because Commodore went back to bashing.

Wait a sec. It hasn't been hacked. Mike Babcock is a piece of shit. Go Wings!!

And then Commie gets mysterious.

Folks folks...it's a record setting night in Detroit...I will never say why. But it's a record. #theboard

And then he gets into it with a follower/fan.

And you can go fuck yourself RT @mkpathiyal: @commie22 and ur an ugly fuck

End then the finale.

What a great win by the Wings tonight. #FuckBabs

You may recall that Commodore unloaded about Babcock while in exile in the KHL in 2013.

So, after that I got bought out, and when you get bought out that’s like… I won’t say you can’t come back from it, you can, but usually you’ve got one chance. If it doesn’t work, you’re done. I got bought out on July 1st; I didn’t think I would get any contract, nothing. Fifteen minutes into free agency my agent calls me and tells me that Detroit called. They offered me a contract. I had a bad history with Mike Babcock, I didn’t want to have anything to do with him. He tried and succeeded in burying me in the minors in my third pro year, but I got out of it. I wanted nothing to do with him.

They offered me a one year deal worth one million. My gut was screaming: “Don’t take it, you’ve got one chance, if it doesn’t go well, you’re done in the NHL!”

I told my agent: “I don’t want to play in Detroit for Mike Babcock, I don’t trust him. Call him back and tell him thank you, we’ll get back to you”. My agent then told me the GM put a 15 minute time limit on the offer. I needed to make up my mind in 15 minutes or he was gonna pull the offer off the table. This was July 1st, free agency had just started 10 minutes prior. I called the GM and told him: “Ken, Mike Commodore here, I like you, you’re a good guy. Is it you who wants me or the coach? “. Ken Holland said that he wanted me and so did Babcock. So I told him that I would love to play for Ken, and I would love to play for the red wings, but that I didn’t trust the coach from previous experience. So I called the coach, by now I had 10 minutes left. I called him: “Babs, Mike Commodore here. Please be honest with me, do you want me on your hockey team or not?“ He said he did. I wanted to know if I’d get an opportunity. I told him I am not looking for anything special, but that I needed to know if I was gonna get a fair shot and a chance to play. He said “I want you on my team. You will get a fair chance. We need someone physical on the back end with a right shot. I want you. You will play”.

I hung up the phone, five minutes left. My gut screamed “Say No!” This coach screwed me over nine years ago. He buried me in the paper after I had a good camp in Anaheim. He buried me so I would look bad so he could then play his boy from juniors who was an undrafted rookie at camp that year…Kurt Sauer.