Bertuzzi Out, Frk In, Abdelkader Moved To Top Line 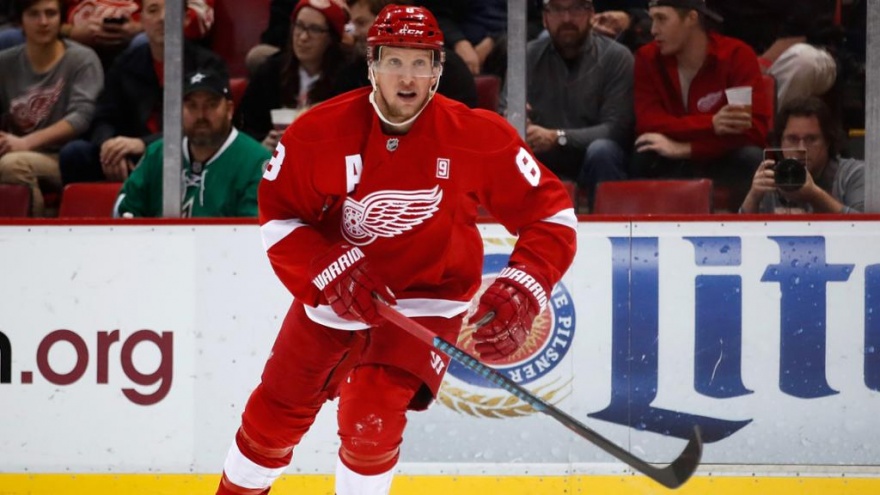 Justin Abdelkader, he of five goals in 13 points in 51 games, has been gifted a job on Detroit's top line while Tyler Bertuzzi recovers from an injury.

Tyler Bertuzzi suffered an upper body injury at Edmonton Jan. 22.and missed most of the third period. He's listed as day to day. Red Wings' writer Dana Wakiji reports that Blashill thought Abdelkader had done a good job in his previous stint on the first line.

"I moved (Justin) Abdelkader back up to that spot because I thought he had done a real good job there prior so we'll see if we make any further adjustments as we go along here.

Frk, meanwhile, is back in the lineup. He last played Dec. 31 - playing just 3:55.  He has just one goal in 23 games. His NHL career is on the line and he's somehow got to save it playing just a few minutes a night.

"It's been a crazy season for me," Frk acknowledged. "Most of the games I'm in the stands. I don't even remember when I play a game the last time. It will be hard for me but I've got to try to get into it as soon as I can. It's not a great spot to be in but you gotta go battle through your challenges and just be ready to play."

Meanwhile, Blashill says that Filip Hronek, who played very well at times in his recent callup, his probably going stick in Grand Rapids for awhile, where the Wings hope he'll be used on the PK.

"I got lots of belief in Fil long-term for us. I think in time, he can push to be a top-four type defenseman if he manages his game great, meaning he plays great defensively, hard as can be on the puck and creates offense without taking unneeded chances. That's the area he's got to make sure he does when he does go down there, play exactly how you're going to play up here. Him and I had a conversation two days ago as well, make sure you're playing exactly the same way you're playing here. You're not trying to be an offensive risk-taker. I want him to play more like Mark Giordano in Calgary, who creates tons of offense but doesn't take much risk.

Defenseman Trevor Daley is a week to 10 days away from playing.

If the Wings make no trades and suffer no injuries in the next 10 days, they're going to have some interesting lineup questions to make as Bertuzzi, Michael Rasmussen and Daley return.