Why It's Important To Trade Howard Sooner Than Later 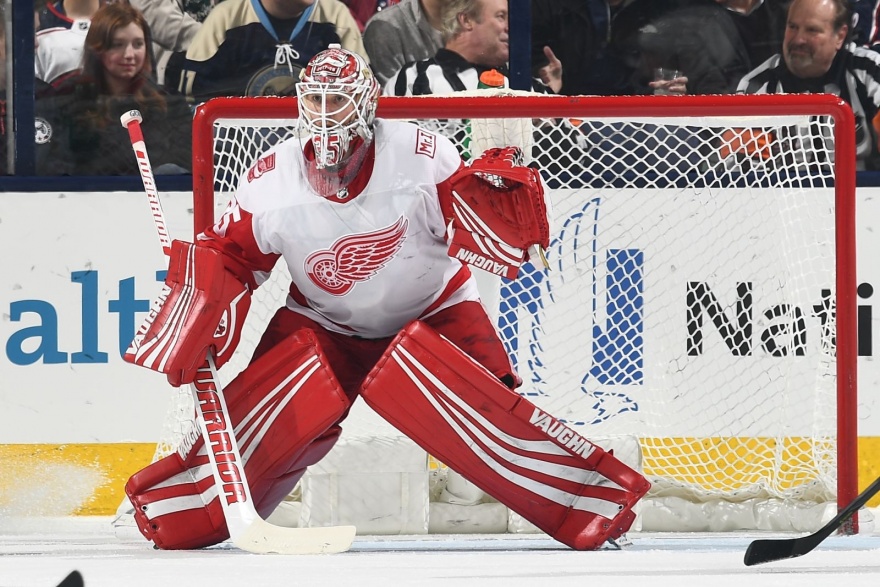 A lot of people have called Jimmy Howard the MVP of the Detroit Red Wings this season. I wish I could say they were just trying to pump his tires before the trade deadline, but more and more, the Red Wings, inexplicably, might not trade Howard.

Instead, he’s still a Red Wing, and Wings’ officials have, for all intents and purposes, made it known they won’t trade him unless someone overpays.

What’s behind the MVP talk? A hot start.

Going into action, on Dec. 1, Howard was 8-6-3 with a .922 save percentage and a 2.69 goals against average. This is despite starting the season with rookies Joe Hicketts, Dennis Cholowski, Filip Hronek and Libor Sulak in the lineup.

Those numbers since Dec. 1 are not MVP numbers.

Here’s the real problem. They’re likely only going to get worse.

His splits at HockeyReference tell a similar story.


Howard, every year but once since 13-14, has had a save percentage of .910 or lower. There aren't many logical reasons, given recent and career trends, to believe he will avoid that fate again.

The longer Holland waits, the more his stats decline and the less trade value he has. And, according to published reports, Holland will not trade Howard unless he receives a first round pick in return.

It's my sincere hope Ken Holland is bluffing in an attempt to jack up the asking price for Howard and Gustav Nyquist. But in my years of reading Holland, he's pretty honest about his intentions when speaking with the press. I think Holland is strongly considering a two or three-year contract for Howard. And my guess is that it won't be for much less than he's making now (Say $4.3M to $4.8M).

I'm not a fan of Jimmy Howard. To me, he's always been just good enough to look good in a losing effort, going back to his collapses agaiinst Chicago and San Jose. But putting aside my bias, I don't much care if Howard signs a two-year contract.

But the only way it makes sense is if Howard is first traded for the best possible return, and if Holland signs him on July 1.

This team is rebuilding. It will be losing and rebuilding for the next two years, with or without Howard, despite Holland's claims that he wants to compete for a playoff spot in 2019-20.

The real danger is that Holland quits the rebuild too soon. By failing to turn Howard and Nyquist into rebuilding assets (draft picks, prospects), Holland might be passing up on that asset that one day gets the Wings over the hump and into the playoffs again.