Should the Detroit Red Wings Offer for Mikhail Grigorenko? 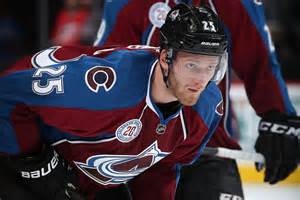 Think things in Detroit are bad?

At least we're not fans of the Colorado Avalanche.

More bad news for the Avs today when it was revealed the team did not tender 23-year-old center Mikhail Grigorenko a qualifying offer. That makes him an unrestricted free agent.

Ugly news for the Avs, considering Grigorenko was half the price for Ryan O'Reilly.

On the otherhand, he's a 23-year-old center with good skills.

the Colorado Avalanche are not going to extend Mikhail Grigorenko a qualifying offer. That’s nonsense. And, nonsense is starting to become the norm for Joe Sakic.

Let me make something very clear from the beginning. I do not think that Mikhail Grigorenko had a spot in the lineup next season. He’s a natural center, but mostly played wing in Colorado. However, his best performances were always when he was playing center, and the Avs have a current logjam at that position.

Here are some numbers worth looking at.

Those aren't bad numbers for a 23-year-old who's apparently been playing out of position.

There are concerns about his skating. That's fair. But if you've got Athanasiou or Larkin or Helm on one of his wings, that helps the line be a little faster.

Here's how he was described in a scouting report on NHL.com before he was drafted.

NHL Comparison: Jason Spezza
NHL Potential: "Has the capability of being a skilled number one center at the NHL level, but will he have the desire?" - Grant MaCagg, TSN
“Grigorenko is a big player with underrated strength that can be difficult to move once he gets a head of steam. What separates him from other prospects is his ability to make sensational passes while looking off. Defensemen are forced into playing him closely, since he’s a capable scorer and can unleash a wicked wrist shot that he releases without warning.”

Considering the possibility that Larkin is a better winger than center, and considering we've already lost Tomas Nosek, Ken Holland should kick the proverbial tires with Grigorenko.

If he fails in Detroit, oh well.

If he succeeds, great. He can stay here for 10 years. Or he can be moved for an asset.

(Edit: Forgot Mantha in the lines))