Scouting the Contenders for Potential Trades With the Red Wings. 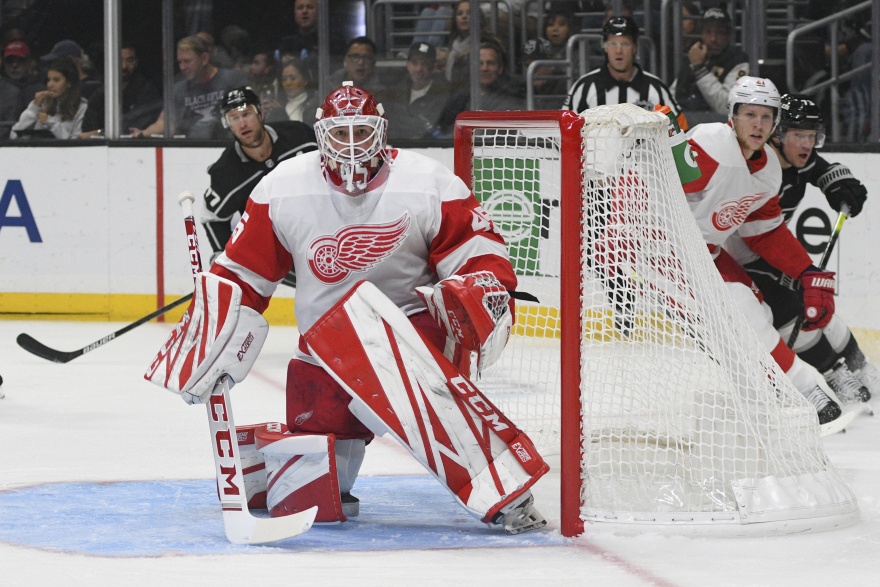 Having already traded Tomas Tatar, Gustav Nyquist and others in recent years, and struggling through a season in which many veterans are just wiping out their value, it could be difficult for the  Detroit Red Wings to squeeze much out of the upcoming NHL Trade Deadline.

Boston - Could really use Glendening as the 4C. Charlie Coyle and Sean Kuraly aren't good on faceoffs.

Toronto - Bernier might be a great fit if Detroit eats $1.5M or so. Freddie Gauthier has finally fit in the depth C role, so there's not much need for Glendening.

Tampa - Glendening could work. They only have 1 center above 50 percent and Tampa is notoriously soft. Cooper knows what he's about.

Washington - Not sure we help them. Lars Eller is a really good 3C.

NY Islanders - Not sure we offer much here.

Pittsburgh - Nick Bjugstad's return means Glendening is not needed. They need scoring help. Can't see them needing Green. Probably not much help from Detroit. They've got goaltending issues, but it seems unlikely they'll bring in another keeper with Tristan Jarry playing well.

Carolina - They don't need our guys.

Florida - Bernier could help here in a major way with Sergei Bobrovsky struggling. Their backups haven't helped either. Bernier could compete for the top job or perhaps just provide depth.

Colorado - They have no real need from Detroit.

Dallas - Strong down the middle. Good on RD. Has a backup goalie. Next.

Winnipeg - Could really use Bernier as a backup.

Vegas - Glendening could be an upgrade on Eakin or Nosek. This might be Mike Green's best fit, too. They have ZERO in terms of RHD with offensive ability.

Arizona - We can't help them. Outside of taking Kessell off their hands.

Edmonton - The Oil are fading fast. Could they use Glendening? Sure. But to replace who? Sheahan? It doesn't seem like that great an improvement. But I'm sure a coach would love 55% and righthanded. Bernier would be an improvement on Mike Smith, but they have no way of disposing of Smith other than waivers/demotion.

Calgary - Nothing to offer.

It looks like Glendening and Bernier could be the best bets to move. Yzerman can sweeten the pot by eating salary, which would make a GM see some value in taking on the additional year. Glendening at about $1 million or Bernier at, say, $1.8 million, would be a fairly attractive asset to a team that plans to contend this year and next. Helm at around $2 million doesn't have the same value. One thing the Red Wings could do to raise Helm's value is play him at center until the trade value. At one time, Helm was a fairly well-regarded depth center who could play with speed and win 52-54 percent of his faceoffs.. Green, meanwhile, doesn't have much value.

Andreas Athanasiou could be a wild card. But with Athanasiou struggling mightily, and with a recent injury that will keep him out 2-3 weeks, it seems unlikely he could improve his trade value by the deadline. It seems unlikely Yzerman would sell this low on Athanasiou.

Other guys who could move? Trevor Daley is an unrestricted free agent, but his play makes it unlikely there will be much interest. Yzerman could try to swing restricted free agents Adam Erne, Brendan Perlini or even Robby Fabbri. Fabbri is definitely raising his value, but at 23, the Red Wings might be better off keeping him. 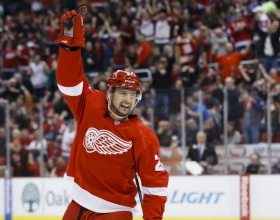