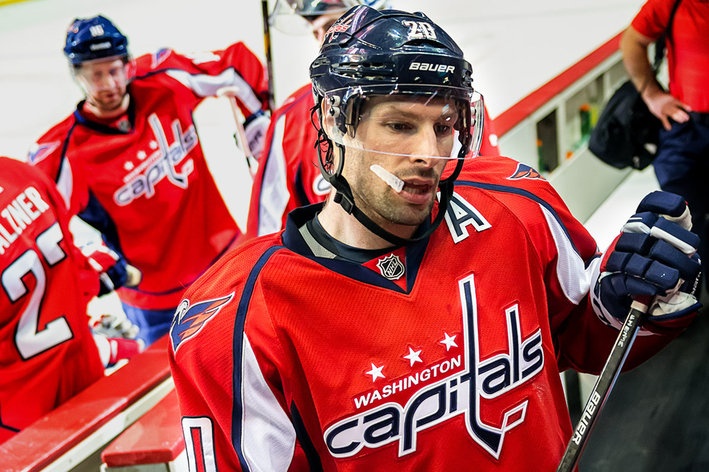 
Brouwer, as you can see, has been a fairly consistent goal scorer since his second full season in Chicago when he hit 22 goals. Since then he's posted no less than 17 goals or 33 points. Playing a smaller role in St. Louis than he did in Washington, he still managed 18 goals and 39 points. On Detroit, those are lofty numbers. At least they were last year.

The other part of Brouwer's game is physical play. He threw 200 hits last year. He's done it 5 straight years, not counting the lockout season. At 6'3, 213 pounds, he'd provide the Wings with much-needed size. And he's a right-handed shot.

But here's the thing. He's going to be 31 when the season starts. Do you know what happens to NHL powerforwards around the age of 31?

How many good years did Brenden Morrow have after the age of 31? What happened to Dan Cleary after 31?

Check out this link. It lists the top 15 powerforwards in the game in 2009.

How many of these guys do you want to paying at age 35 and 36? Because you know Brouwer will be seeking a five-year deal.

With the deal the Red Wings gave Abdelkader just starting to kick in next year, the Red Wings can't afford to bring on another 31 year old powerforward who is about to skate into the wall.

If Holland can sign Brouwer at four years or less at $4.75 million or less, he might be worth it. Holland probably can't swing that deal. And even if he could, it does nothing to answer the real serious deficiencies at center and defense.