Nick Jensen: To Trade or Not to Trade? Contract Demands Are the Answer 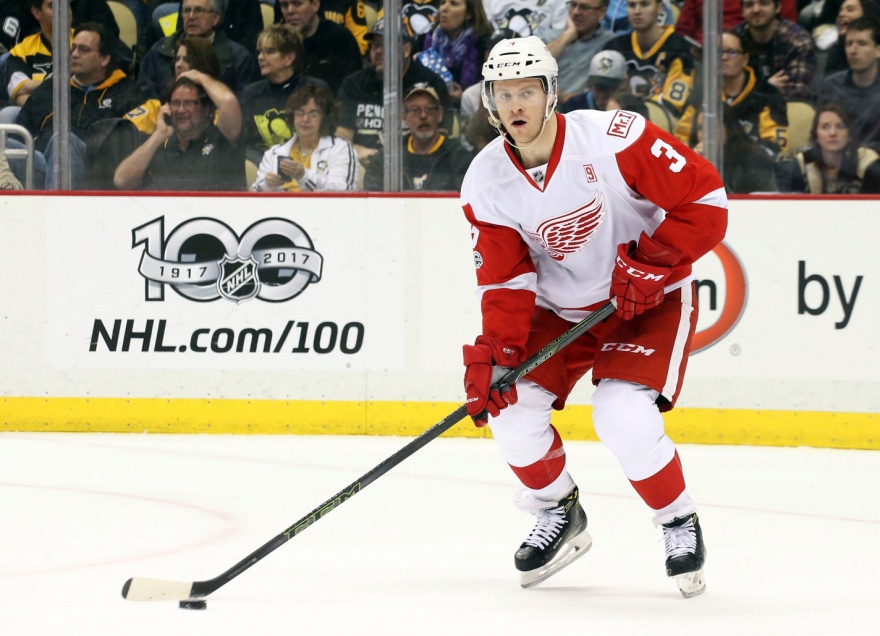 Detroit Red Wings' defenseman Nick Jensen, like Jimmy Howard and Gus Nyquist, is an unrestricted free agent at the end of the season and is therefore the subject of trade rumors.

A good case can be made that Nyquist and Jensen are young enough to contribute to a rebuilt Red Wings team three or four years down the line (Do yourself a favor and forget about Ken Holland's comments about making the playoffs in 2019-20).

At the wing position, the Red Wings have a bevy of young alternatives in Anthony Mantha, Tyler Bertuzzi and Andreas Athanasiou. Then there are the unenstablished prospects like Filip Zadina and Evgency Svechnikov. Trading away Nyquist might not be detrimental to the Red Wingss in the long term - especially if we get future assets in return.

On defense, however, things aren't quite as clear. Hronek and Cholowski look like NHLers. But they're not yet established. In the AHL, Joe Hicketts, Ville Sarijarvi and Libor Sulak look like longshots, at best. In juniors, Jared McIsaac is promising but three or four years away from proving anything. In Sweden, perhaps Gustav Lindstrom can turn into a bottom pair defenseman.

Other than that, the only under-30 defenseman in this organization besides Jensen is Danny Dekeyser.

So, maybe the Wings have good reason to sign Jensen.

On the other hand, according to NHL Network personality Brian Lawton, the Wings might get a second round pick for Jensen.

I am hearing interest is picking up for @DetroitRedWings right shot D & Impending UFA Nick Jensen. Current asking price is believed to be a 2nder+ with clubs offering a 3rd. Excellent puck mover that can really skate & defend would be a great add to any playoff team. @NHLNetwork

I've never been a huge fan of Jensen. But he's playing tougher. He seems stronger on his skates. And he's got some nice looking advanced stats. On the other hand he's got two goals and 15 points in 59 games.

So what should Ken Holland do?

The critical first question is this: What is it going to cost to resign Nick Jensen? Does he take a 3-year, $2.25 million deal? Or does he want five years at $3.3 million.

By now, Ken Holland should know the answer to this question. And it's the answer that sets everything else in motion. If Jensen is willing to stay in Detroit for a decent price, why shouldn't Holland sign him? Even if Detroit gets a second round pick - somewhere between 45 and 55 overall - that pick is longshot at someone who'll play four or five seasons for you.

But if the price for Jensen is $3.5 million or more, you have to ask yourself if he's really worth keeping around. That's a judgement call. And the higher that salary figure gets, the worse his value becomes. When you hit a certain threshold, that second round pick, or even that third round pick begin to look inviting.

For me, I wouldn't pay more than $2.6 million a year for Jensen. That's where I land.

Over $2.6 million and I move Jensen for the best offer. Depending on Niklas Kronwall's plans, perhaps I try to replace Jensen in free agency. But even if Kronwall and Jensen depart, the Red Wings will still have Mike Green, Trevor Daley, Danny Dekeyser, Dennis Cholowski, Jonathan Ericsson and Filip Hronek in the fold. That's six right there. And the Wings could offer for any of the UFAs who might become available in July (Karlsson, Myers, Edler, etc).