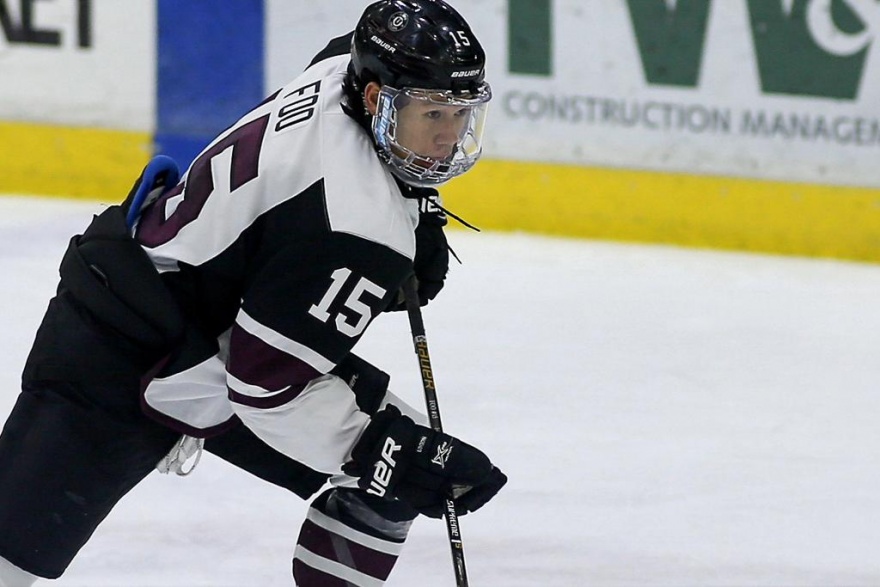 The Athletic is reporting that the Detroit Red Wings are finalists for  Spencer Foo, a 23-year-old winger who recently completed his junior year at Union College.

According to a source close to Foo, the Red Wings made an impressive pitch described as “first-class” that put them in the mix to land the free agent, a pitch combined with multiple meetings and conversations with Jiri Fischer, the Red Wings director of player evaluation, that has kept Detroit in the conversation.

Edmonton Journal's Jim Matheson reports the Oilers are one of four teams in the running for Foo.

Foo had a breakout year at Union College, going from 12 goals and 13 assists to 26 goals and 36 assists. He was fourth in NCAA scoring and a finalist for the Hobey Baker Awaard.

According to the College Hockey News, Foo appears to be an interesting target.

“He’s greasy,” Starman said. “He just does a lot of little things that are fun to watch. He’s got electric speed, hands, guts. He’s not afraid to try something difficult. He’s been good. He’s just fun to watch and he plays with an edge.”

“That consistency has been very important because it has allowed the younger players to see that through consistency breeds success,” Union coach Rick Bennett said. “Spencer is one of the hardest workers in practice each day. Hopefully, that resonates throughout the year and when he moves on. My hope is that my younger players emulate his work ethic and consistency.”