by Tran Longmoore
in
Around the NHL 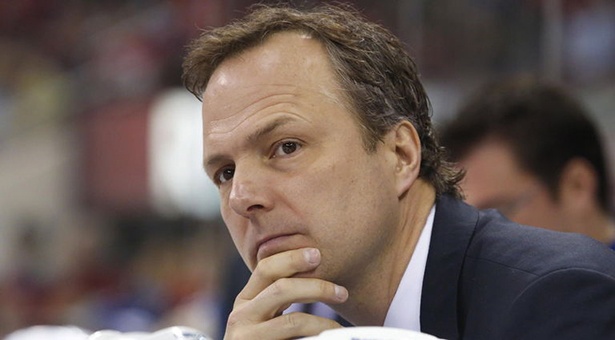 Jonathan Drouin, the immensely skilled winger drafted third overall by Steve Yzerman and the Tampa Bay Lightning in 2013, has demanded a trade.

Drouin, 20, had two goals and eight points in 10 points for the struggling Lightning before he was sent down to the Syracuse Crunch of the AHL. Drouin responded by asking for a trade. His agent Allan Walsh released the following statement.

On behalf of Jonathan Drouin, I formally requested a trade from the Tampa Bay Lightning back in November. We have not said one word about this untenable situation publicly until today. It’s in everyone’s best interests that Jonathan be allowed to move on and play hockey.

Let’s be clear: Jonathan loves playing for the fans in Tampa, and he loves his teammates and many people within the Lightning organization have treated him well. It was his sincere intention to play in Tampa for many years.

There’s an interesting thread on Reddit where fans talk about Drouin’s “prima donna” attitude and weigh it against skill and production, which is actually pretty good considering his minutes.

At the same time, it’s hard not to look at the ultra-talented Tampa Bay Lightning and wonder what’s going on. The Lightning, who made the Stanley Cup Finals last year, are 11th in the conference. Granted, they’re only six points out of second place.  An offense that boasts Steven Stamkos, Nikita Kucherov, Tyler Johnson, Valtteri Filppula, Vladislav Namestnikov, Ondrej Palat, Alex Killorn, Jonathan Drouin and Ryan Callahan is averaging 2.51 goals per game – 21st in the NHL. Virtually every forward on the team but Kucherov has underperformed this year. Palat (2-6-8) and Johnson (4-7-11) have been brutal.

Let's take a look at Cooper's record with offensive players -

You never want to cater to a petulant young forward who seems unwilling to work for his place in the lineup, but there’s a lot of smoke around Jon Cooper. Maybe it’s time for some fire, too.

Should the Wings Bid on Drouin?

The Red Wings sure could use a top 5/lottery pick type talent and Jonathan Drouin also has a history of chemistry with revitalized Wings' prospect Martin Frk. And Yzerman is one of the few GMs Ken Holland has traded with in the last five years. And a Dylan Larkin-Drouin connection for 15 years is tempting.

But even with the trade demand potentially reducing the price Yzerman can charge, it's hard to imagine Detroit has the assets to land Drouin.

If you could land Drouin for Pulkkinen, a first and  prospect defenseman like Ouellet or Sproul, that's probably worth the risk. Yzerman might also be looking for a center to potentially replace Stamkos. He'd love Larkin, of course. Maybe Andreas Athanasiou would interest him.